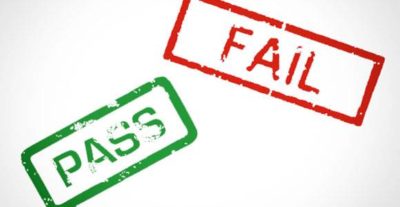 How to handle last term bad grades at a community college

I was perusing College Confidential the other day and saw a post from a student who was in a dilemma.  He is an Econ major, and had been accepted to several UCs about a month earlier. But here it was, with about four weeks left at his community college, and he was getting a D in Calc 2.

That alone could cause his admittance to be revoked, but the other issue was that if he dropped the course, which wasn’t a major requirement, he would not have the minimum 60 units needed for admission. He was getting conflicting advice from two different sources, with one saying to drop the course and retake in summer, and another saying not to drop the course as he would have less than 60 units and be disqualified. The UC was saying it could not make a determination until the final grade (or W) was posted.

My gut instinct is to not drop the course because he will lose the minimum 60 units, which in print is a non-negotiable requirement. I say in print because sometimes if an applicant is only .5-1 unit short, the UC will let it slide. But there is no guarantee this will happen. If dropping means the applicant is down to 57 semester units, that’s more complicated and most likely a deal breaker. The supposed iron-clad rule is 60 minimum.

On the other hand, if the applicant gets a D, the best scenario is the UC allows him to retake the course in summer. It’s not a major requirement, which is a good thing;  however, if it is a D, he has violated his provisional contract, and Econ is a selective major. He could be rejected outright.

Should the UC decide he can retake in summer, that is still no guarantee, as the UC might require a letter grade of B or better (not unusual when a provisional has been violated). Since the student already had trouble first time around, getting a C could potentially disqualify him.

It’s a situation I would not care to be in. Which brings up another issue.

When you get to your final semester at a community college, do not let any grade fall to that level. There are options available, including tutors and extra credit.  Once you feel you’re even slightly slipping, do whatever it takes to keep the grade up.  I’ve seen too many students wait until the dire end, when raising the grade even a notch is practically impossible, before hiring a tutor.  Be proactive.

It’s sad to lose your spot at a UC because of one class.

–> To keep on track with your current or projected cumulative GPA, click here.