Now it seems the numbers are even more skewed than previously thought.  Of the 112 community colleges in California, 19 of them account for half of the 13,999 admitted for fall 2012. That means the other 93 community colleges are covering the remaining 50%.

The University of California has just released a Transfer Action Team Report that addresses these concerns and suggests solutions to improve counseling and class offerings at the lowest-trailing CC. 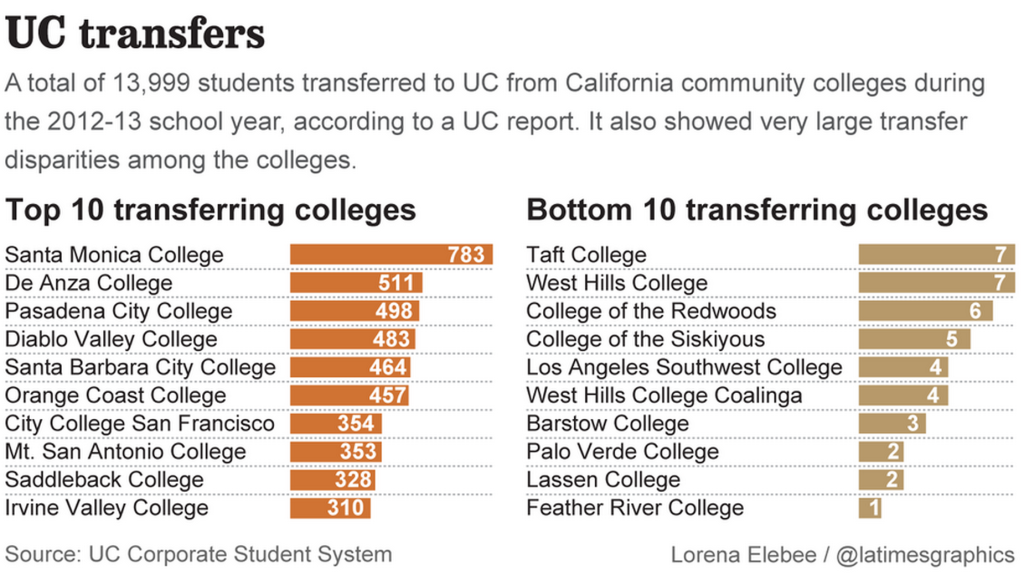