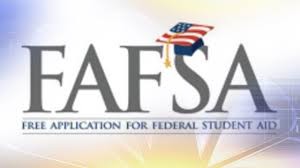 FAFSA and The Yield

This FAFSA college list trick, utilized by some colleges and universities to increase school rankings, has been around for a while, but as I’m not sure it’s being implemented by the UCs, I have chosen to ignore it. However, it occurred to me it might have bearing for UC hopefuls who are applying to outside educational institutions other than the UCs.

First, you need to know a bit of background.  As you probably know, there are a ton of college ranking systems in existence. And one often-used criteria is what is called the Yield.  The yield represents the number of students who actually accept an offer of admission from a university.  For example, say a university admitted 1000 students, but only 300 accepted. That’s not the best yield, and what it yells out to observers is that school was being used as a safety.  Boy oh boy, the word safety is never the qualifier a school wants attached to its name.

So, how does FAFSA play into this, you may ask?  Read on.

Waitlists
There are several ways universities might manipulate numbers so their yields won’t be low. One is to increase the number of students on waitlists. By not admitting qualified students straight out (ones that in the past would have been admitted), and then watching to see if they hang in there through thick and thin gives the university a good idea of the student’s final commitment. Waitlist acceptances are close to 100%, while regular admission acceptances can be all over the map. So, not only does a waitlist protect the yield, the university also looks more selective because it didn’t admit as many students during the first pass. A double whammy.

FAFSA
Another way a university might hedge its bets is to look at the FAFSA application.  FAFSA is the federal financial aid form required of all students requesting aid. In the form, applicants list every college to which they are applying. What a university might look at in the FAFSA is the precise order of that college list. Usually, by psychological default, students list colleges in order of preference.

And, in fact, analysis of the lists has born out this theory. Despite colleges being of equal rank or within equal reach, the lower down the FAFSA list a college is situated, the more likely the student will not be granted admittance by that institution.

I see no evidence the UCs do this, but there is plenty of evidence that it’s happening. A possible solution to students who are including non-UC institutions is to note the universities you are applying to in alphabetical order.