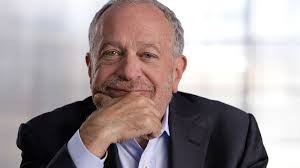 Robert Reich, former Secretary of Labor under Clinton and now a Chancellor Professor of Public Policy at UC Berkeley came out swinging after the yet again disastrous ranking system unveiled by U.S. News and World Report a couple of weeks ago. U.S. News and World Report, that bloated monolith that routinely genuflects in front of the private universities that rake in the money, and in the process perpetuate the ever-escalating cost of college education, yet again relegated universities that promote community service and giving back to the back of the bus.

As Mr Reich notes in his sweeping critique,“Public universities are the major vehicles of upward mobility in America. They educate 73 percent of all college students. The Ivy League educates just 0.4 percent.”

Reich also points to the newer Washington Monthly college rankings, which is a much-fairer system and focuses on criteria related to social mobility (crossing class lines), research, and service.