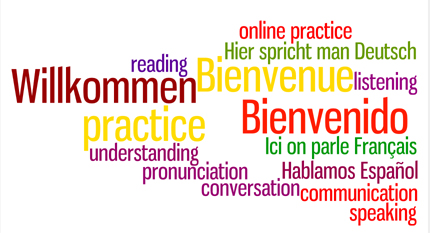 About a week ago, I was doing a workshop with some high school seniors who are transferring to a community college. I already discussed one situation (High School: Choosing AP Exams Wisely), and now I’ll bring in another situation —  the language requirement.

Foreign language is NOT a UC admissions requirement. Whether you need to complete it or not depends on a few factors:

Which general education path are you pursuing:

Even if your college or school does not require language completion, your major might. This is most likely to occur with international, business, and literature-type majors, although in theory any major can ask for language completion, and have its own rules as to what you need. Often these majors may want more than one year of college language, which means your equivalent two years of high school language will fall short.  So, not only check your college, also check your major.

The current problem
In the situation last week, a high school senior had, unfortunately, not finished her two years of language. She hopes to major in Communications, meaning she will be fulfilling IGETC, and will not need more than the equivalent of two years of high school language.

She dropped her final semester of high school Spanish at the urging of her high school advisor. She already knew she was going to a community college, with plans to transfer to a UC. That means her high school grades were irrelevant, as the UCs do not factor them in when assessing a transfer student.  Thus, in theory, she could actually get an F in the Spanish course, as long as she still had her requirements completed and enough units to graduate. I’m not encouraging Fs, but the student said she was at a D when the advisor urged her to withdraw.

Had she stuck with it and gotten a C- as that fourth semester grade she would have fulfilled all two years of language for IGETC — even if every course before the C- was a D, or even an F.  This is because language is a validation subject, meaning that whatever level you pass at, is the level you’re at, even if you got an F in a lower-level course, or never even took a lower-level course.

In the above examples, the student would have completed two years of language in the eyes of the UC because the final fourth semester grade was C-. (The UCs don’t count plusses and minuses in high school, so the grade is rounded to a passing C.)

It may seem counter-intuitive to chance an F, and again I’m not advocating it, but perhaps dropping the course was a bit hasty. However, because this student did that, she must now take two semesters of language at the community college to fulfill IGETC. (She could in theory count the first year of high school language, but her skills are not strong enough to jump into the second college semester as a year has passed.)

The advisor also told the student to take ASL (American Sign Language) at the community college because it was easy, so naturally the student was gung-ho on this. Nothing wrong with ASL, except there are a few things to keep in mind that might make it not always a good choice.

The community college she is planning to attend just recently reinstated ASL. They had it for a few years, then dropped it for a few years, then reinstated it again last year. And it is not offered at any of the other district community colleges. What happens if the student takes the first semester and they drop it again?  She needs two semesters in the same language so will be forced to take two semester of another language, unless she can find an online course somewhere that is accepted at the UC. She needs to verify this won’t happen.

Also, how firm is her major choice? What if she changes her mind? Even now she is vaguely toying with business or international affairs. Haas School of Business at Berkeley requires two years of college language in the same language. Her CCC only offers two semesters of ASL, the equivalent of one college year. Based on the requirements listed on assist.org, it appears ASL may not even be an approved language for Haas. If she were to apply to Haas she would need to start language all over again. Likewise, International Studies, English, and Comp Lit, among others, have lengthier language requirements and may or may not accept ASL.

The point is there are possible drawbacks to ASL, especially if you only have access to one college year of it. This is not to say ASL isn’t a great choice in some situations, but not necessarily all situations. It is important to think out all your options and take the path that will not mess you up later.