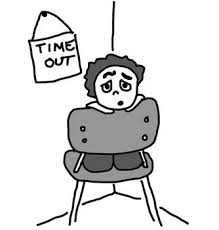 A newly released California state audit shows that for at least the last three years the University of California has been admitting thousands of out-of-state students with GPAs and test scores significantly lower than their counterpart students from California. The state’s Master Plan for Higher Education requires that when a non-resident is admitted, his or her scores and GPAs must fall in the upper half of admitted California students.

This violation of policy is a severe blow to California students, who are promised that if they work hard they should have a shot at one of the UC public institutions, and now it seems many of those spots (to the tune of 29% of all admitted non-residents) have lower scores than Californians.

To be fair, the UC has been put in a dire financial position with an extreme loss of state funding and has already been forced to cut programs. Non-resident tuition brings in about $25,000 extra per year per student.

In response to the audit, the University of California rushed out an immediate public version of its side, which is diametrically-opposed to the state report. The UC noted its plans to expand CA resident enrollment by 5,000 per year over the next two years and insists that non-resident admissions does not put CA applicants at a disadvantage.

To delve into the issue, you can read the full 116-page audit report, as well as The UC’s rebuttal, below.

The 116-page California state audit regarding the University of California.