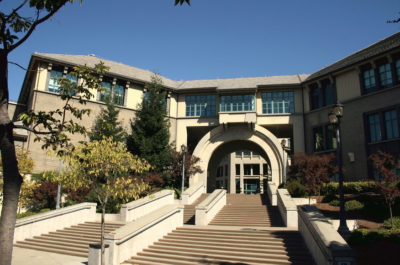 For those who don’t know, Haas Business Administration applicants have additional forms to fill out in January after the regular November application. These include the Haas Supplemental resume and essay prompt. With a little under a 6% admit rate, the supplemental is a vital part of the admission process.

The filing period ended January 31 and now that everyone’s Fall 2017 Haas Supplemental essay has been submitted, I thought I would provide my thoughts on it.

First off, anyone who has followed the Haas Supplemental prompts over the past few years can see this year’s was a significant game changer. While past prompts usually focused on relating one or more of the Four Defining Principles to your life experience or future plans, this prompt took an entirely different tack.

Many people believe “honesty is the best policy.” But is it always? Describe a situation during your college experience where you had to decide whether or not to be honest. Explain your decision and outcome.

When I first read it, I was shocked. It was one of those questions in which a large number of applicants would not have an answer. Rather than being broad-reaching, which is the usual approach, this prompt was as narrow-focused as it could be.  What if you didn’t have an answer?

I was really against this prompt.

It wasn’t until I was in conversation with my daughter that I saw the light. We were discussing how limiting it was. I said people are going to lie just to come up with something, or expand upon a not-so-interesting incident. It was when she responded that it was ironic that people would lie in an essay about lying that the light snapped on. The Haas question is part of the applicant’s college experience. Would an applicant have the strength to answer that they didn’t have an answer and that by doing so they were choosing honesty?

Once the Haas question was looked at from that perspective, it was brilliant.

Simply. Brilliant. One of the best I’ve read. Whereas before I didn’t know how answering a question about lying could necessarily factor in any the four defining principles, having a non-answer should did:  (1) Questioning the status quo; being able to think outside the box; not doing the expected;  (2) Confidence without attitude; realizing that not knowing an answer is not wrong and can be a tool to growth.

Haas specifically looks for candidates who are willing to buck trends and take a calculated risk. Being able to say you do not have an answer to probably the most important question in your application takes gumption. How could Haas not be impressed with someone able to make that leap?

That is not to say there aren’t other legitimate answers that have power. There are plenty.  But not everyone has a story. I worked with several students as they perfected their essays.  Almost all (but not quite all) did not have a story. They were panicking. Some came up with answers that addressed a possible honesty issue but didn’t really result in any great takeaway.  When I mentioned the non-answer idea, almost all were intrigued but only one student took up the challenge. She said she felt empowered with the answer and, in my mind, her final essay summed up perfectly why she’s the perfect Haas candidate.

Regarding applicants who didn’t have a strong story but hesitated on writing a non-answer as their honest response, the reasoning was simple. Every candidate felt that Haas was looking for a specific kind of answer and saying they didn’t have an answer wasn’t it.  Even after I told them one of the big Haas principles is that Haas does not have a pre-established mindset, it was a hard premise to accept. And I get it:  Applicants have worked so hard to get into Haas and are so fearful they might lose out, they second-guess what they think Haas wants.

In the end, I would say all my clients came up with fairly strong honesty essays.  Answers ranged from actual events to being honest with oneself to the non-answer.

I commend Haas for one helluva good prompt.  I look forward to next year’s.

My advice to next year’s applicants is to not be scared to answer any question on your own terms. There are no right or wrong answers. If you need incentive, think of it this way — Haas is always on the look-out for future entrepreneurs. What would Steve Jobs or Bill Gates or Mark Zuckerberg do? Would they play it safe or go all out?  I think we know the answer.
Haas
Please Share This
This Post Has 2 Comments