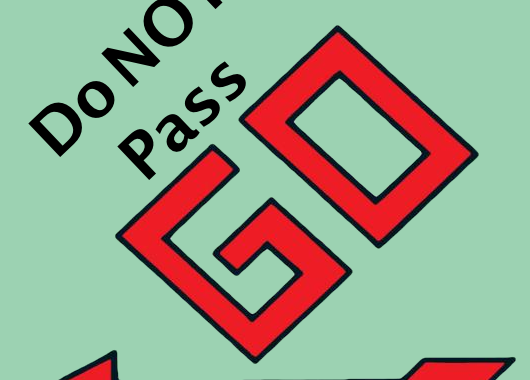 I just had a situation with a client that I think will resonate with other applicants. The topic has to do with not completing IGETC and how it might impact your TAG. For those who don’t know what IGETC is (pronounced I-GET-SEE), it’s the general education path that is available to California community college students, which allows them to complete all GE requirements in one fell swoop for all the UCs. If you don’t complete IGETC, you need to look at each college at each UC and see what their standard GE path is — and they often differ, which can make it confusing.

For those who also don’t know, TAG means Transfer Admission Guarantee, which is exactly what it sounds like: guaranteed admission to Davis, Irvine, Merced, Riverside, Santa Barbara or Santa Cruz — your choice.

The situation in question:

A student I am working with is planning to fill out the TAG application for UCSB.  She will have all IGETC complete for her major in UCSB’s College of Letters and Science with the possible exception of language.

IGETC allows you to use two years of high school language in the same subject to fulfill IGETC as long as the final term grade is C- or above. However, my student cannot remember what her final term grade was for the two years of high school language she completed back in 2008. Unfortunately, she procrastinated in requesting the transcripts, so they may not reach her by the end of September (the deadline to TAG). She also cannot drive to the high school, and they won’t tell her over the phone. The question she asked was this:

Can I still TAG if I don’t have IGETC complete?

IGETC is NOT a requirement for TAG, so yes, you can TAG.

The exception would be if the major specifies IGETC as a requirement.  At present, the only major to require full IGETC is UC Riverside’s Business major.

So, IGETC is not required to TAG.

What my student needs to do if the language is not completed, is file for Partial IGETC after admittance to the UC. This is done at the same time she would request official transcripts next May or June.  Partial IGETC allows the applicant to be missing up to two courses. You can then complete them at the community college the summer before enrolling at the UC or you will need to take them at the UC.

Hypothetical and ramifications:
Let’s say the course you are missing is language.  It may be possible after you transfer with Partial IGETC to transfer your completed IGETC course list to your college’s GE path, which usually has less courses to complete than IGETC and often does not include language.

In my student’s situation, her major does not require language, only IGETC does. UCSB allows you to switch to its general ed plan only if you submit a Partial IGETC.  So, a lightbulb went off  – this could possibly mean after acceptance with Partial IGETC, she could roll over to the other GE path and not even need language. Unfortunately, in her case, UCSB’s College of Letters and Science requires language whether it be the general GE path or IGETC, so she will need an extra language course either way.

(Also be aware that while UCSB allows you to switch to their GE path only if you have Partial IGETC, not every UC may have the same rule. General ed rules are a whole other messy can of worms, so I’m not going to go into it here.)

Back to the question at hand–

So I can TAG without IGETC, and possibly choose to submit Partial IGETC?

Yes, but there’s a caveat. IGETC is not required for TAG, and assuming everything else is in order, the TAG should remain intact. The problem with this option is that you are putting your acceptances to the other UCs in jeopardy. While IGETC is not an admission requirement, it makes you a more competitive student, and not having it complete could result in your not getting admitted, especially to selective non-STEM majors. So, it’s a toss-up: while you’re guaranteed one UC, you’re possibly gambling on the others.

And trust me, there are enough instances where the TAG rules get broken and you’re rolled over to general admission, thus losing that edge. Also, keep in mind, not every major should even include IGETC. STEM majors, in particular, or majors with a ton of requirements, should follow their chosen UC college’s GE path. (I know, it’s complicated.)

My suggestion to my student

Since her intended major, Anthropology, benefits from IGETC across the board, I suggested she try and wedge a language course in for spring, assuming her high school transcript doesn’t pan out. She can take the course Pass/No Pass. That way she can check off “IGETC is completed” in the November application and be assured her best chances at all the UCs, not just her TAG UC.