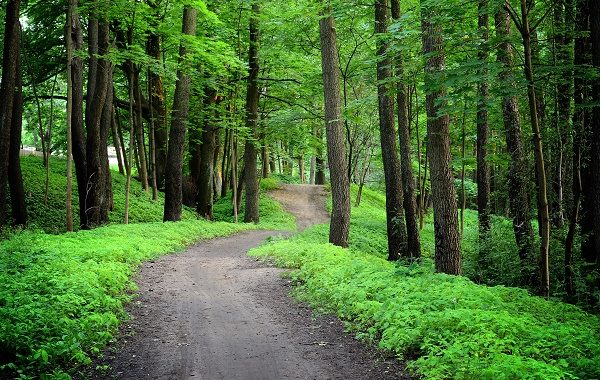 The University of California recently announced an agreement with the California Community Colleges in which students who fulfill the designated Transfer Pathways — a system of minimum major course requirements for a select group of majors — are guaranteed admission to at least one UC.  But here’s the BIG caveat –  a campus of the UC’s choosing.

Let’s break these Pathways down by its individual puzzle pieces

You can view a past post I wrote on the Transfer Pathways here.  The Pathways was a new idea the UC came up with a few years ago to increase successful transfer outcomes.  A noble idea and it started with about seven pathway majors, working up to the current 21.  Sounds good, and it is for some students, but here’s where it falls apart — and I mean REALLY falls apart:

These pathways are simply too generic to use all the way through your CCC experience, and do not account for variables within each UC’s major.  Many UCs have their own collection of recommended courses you should take in a major to make you more competitive. It’s crucial to take as many of these courses as is reasonable, especially if a major is selective (impacted). The Pathways fall short when it comes to nuance. In other words, the devil is in the details.

In the above link, I analyzed the Communications major (Media Studies at Cal). You will note that the pathway for the major does not adequately address all the courses that can make you competitive at different UCs.  In other words, you are not doing yourself a favor as regards the top tier unless you strictly follow the recommendations outlined by each campus.

I’m not saying the Pathways are not useful, especially if you’re aiming for the lower tier, but focusing only on the pathways comes with its own risks.

Let’s look at the new agreement set for Fall 2019.  Labeled the Enhancing Student Transfer Agreement, the plan is designed to bring 10-15% more community college students into the UC fold, as long as they maintain a minimum GPA and complete one of the 21 Transfer Pathways. While on the surface that looks like the tops, it adds one additional layer that is clearly ambiguous. Ambiguous to the point where it’s a big honking loophole as far as I’m concerned.

That wonky part is that you will be guaranteed a spot in one of the nine UC campuses. Any one of them.

So — if you follow a Transfer Pathway and check it on the UC application (there’s a place that asks if you are following the Pathways), what the University of California is now saying is you are guaranteed a spot, but the administration gets to choose which UC it will be.

I don’t know about you, but if you’re aiming for a top tier (or one that is impacted at any campus) that sure doesn’t sound great to me.

CCC GPA: 3.85
Applied to : Berkeley, UCLA, San Diego, Irvine
Major requirements completed:  yes
IGETC: yes
Berkeley admissions: We really like this guy and we’ll feel bad if we let him down. But there are so many applicants in an impacted major. How do we choose?
Pre-2019: You know what? We’ll admit him.
Fall 2019: Ahh, he did Transfer Pathways so he’ll 100% end up somewhere, so we’re off the hook. One more applicant removed from the herd. Admit: No

Now I’m not saying that will happen, but by checking that box you are essentially allowing the UC to choose which UC you end up at.  That is the wording in the rule. Who’s to say whereas in the past you might have gotten into a campus, that campus now excludes you because there’s a guarantee you’ll end up somewhere.

Which student benefits from the Transfer Pathways

Before you think I am totally opposed to the new measure, there are indeed some students who will benefit. If you are a borderline student with an average GPA and you feel your chances are in the mid-to-low range, then yes, checking the Transfer Pathways in the application is a strong move. You’ve got a guarantee.

But if you have a strong GPA and have consistently followed the major requirements per each UC (disregarding the generic pathways), then I suggest you do NOT check the Transfer Pathways box in the application, even if you have fulfilled all the courses listed.

Is my analysis set in stone?

This is just my initial opinion based on the wording of the rule. If this loophole is fixed I might change my opinion, but I somewhat doubt it, because each UC operates under it’s own rules regarding major course fulfillment, and to be as competitive as possible, you need to look carefully are each UC to which you are applying and fulfill the requirements listed. The pathways are very limiting and seem to make it easier for the University of California, but not necessarily the applicant.

–> Another way to use the pathways

In order for full disclosure, I do see one very good use of the pathways, and that is if you are unsure of a major. By viewing the generic courses per major it can help you narrow down the areas of potential interest.