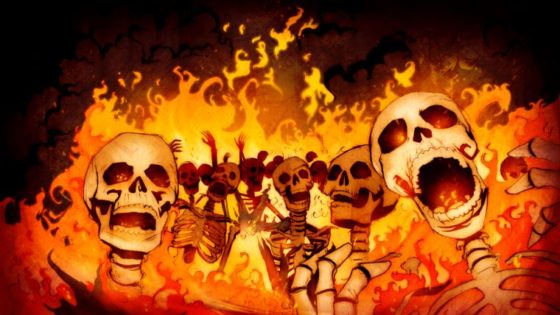 I need to rant a bit after a distressing encounter today with a parent. It doesn’t happen often,  usually everyone is super-cool and cooperative and I can hardly wait for the results.  But there’s usually always one or two a year that put a damper on things.

First off, I get it. Everyone wants the best for their child.  I have no problem with the so-called helicopter parent, because I am partly one myself.  Sometimes leaving everything to your teen or 20 year old results in things falling through the cracks. So I actually encourage participation with parents.

But sometimes I feel taken advantage of or bossed around.

This is what recently happened

A parent reached out about a week ago right at the height of application period.  Her son TAG’d Santa Barbara this past September and he needs help with the Personal Insights for the application, which is opening on November 1 (two days from now).

He’ s majoring in chemistry (a STEM major, always a tough one), and has a GPA of 3.19.  There’s no getting around it, that’s not the best GPA for chem, but there are options.  He needs a 3.2 to TAG Santa Barbara, which must be reached by the end of this fall or he will not qualify.

The glaring issue on the table is the fact that this kid wants to go to Berkeley.

I told the mom on the phone right off that Berkeley would not happen with a GPA of 3.19 or even 3.2. The competitive GPA range for Chem at Berkeley is 3.73 – 3.98.  It is what it is. She seemed to agree on the phone.  I told her I would work hard to get him into one of the others.

Long story short, since she said she had no concept of the process and needed help across the board, I offered the Premium Personal Insight package ($315), along with helping her son fill out the application, going over his planned course load for spring and what he might list as an optimal summer course within the application that could boost his chances. I also offered to review his transcript to see if there were chem-related options at various UCs. As usual, included in this were unlimited texts, calls and emails throughout the process. All of this latter stuff I offered for $85, which is substantially less than I would charge under regular circumstances.

I sent the proposal– she had agreed in advance to the $315, so it was  just the $85 extra that was new – to her, her husband and her son. In that email I mentioned that Berkeley was not doable with his GPA, and San Diego (which he also wanted) was a reach but possible (a HUGE reach, although I didn’t say that because I planned to work hard to try to make it happen). I also suggested her son add Davis and Irvine to the mix of UCs.  I didn’t hear back for several days, so sent an email asking if she had questions. No response. Fair enough, they weren’t interested, so I contacted her and wished her son luck.

She then got back to me yesterday and said she wanted to do it and to send her the invoice, and could I reach out to her son?  She also reiterated that she knew his GPA was low for Berkeley but there must be a way. I contacted her son, asked to schedule a phone chat and suggested he add Davis and Irvine. He responded that adding those two UCs was simply out of the question. He wanted Berkeley and had TAG’d Santa Barbara and had San Diego as back-up. He did not want Davis or Irvine under any circumstances and responded as if both had cooties. I responded that was fine, but also told him he needed to be realistic about Berkeley. With his 3.19, he was not going to get in. He responded he wanted to apply anyway and I said that was okay.

I then get an email from the mom telling me that while she and her husband have told their son his GPA is too low for Berkeley, my being direct hurt his feelings. She put an emoji in to imply that I crossed the line.  She did not say, I’m so glad you said that!  We’ve been trying to convince him, so hopefully he’ll listen to you. No, what she said was we’ve been trying to convince him he can’t do it and while I appreciate your candor you hurt his feelings. I mean, what the hey? I’m supposed to pussyfoot around it?

And then in the same email — could I comb through every single major at Berkeley and see if they can wedge him into one?  She was adamant that he get in. Maybe she isn’t aware, but combing through every conceivable major at Berkeley, looking first at transfer GPAs, and then going one-by-one through each major to see if her son has the requirements completed for an application that opens in two days is a honking huge amount of work.

Unfortunately, the fact is her son has a 3.19 and he’s not getting into Berkeley.  Yeah, it’s a bummer. But life goes on. I was willing to work hard to get him into a UC, and hopefully the TAG pans out. But I cannot wedge a square peg into a round hole no matter how much the parents want it. And it was clear to me from her statement that it’s the parents who are pushing for Berkeley and maybe the son feels like a failure if he can’t get in. I can’t say for sure but I’m leaning in that direction.

I’m here to help students as best I can and I always try and come up with creative solutions,  but I’m not here to spin my wheels, nor am I here to get chastised for telling someone with a 3.19 that Berkeley is not doable. If something is even remotely possible I fight like a dog for it. But I won’t give people false hope, and I do hope they listen to me, at least some of the time.

I ended up saying I didn’t think this was a good fit and I was cancelling the proposal. I wished her son the best of luck. They hadn’t paid so it was no loss on either side. She then emailed me back, saying she chose me because I seemed like an expert but she is shocked at my unprofessionalism.

It’s times like these I question whether I want to do this anymore.

A word on Berkeley

As a final thought, I just want kids and parents to know while Berkeley is the Holy Grail it is not a good fit for everyone, and many times a student who gets into STEM by the skin of their teeth will not be happy. Berkeley has a lot of prodigies and STEM is a sink or swim environment. The competitiveness is real and those not at the top often get seriously depressed.  I cannot tell you the number of math students who were top dogs at their high school, who then find themselves in the middle tier at Berkeley and become demoralized.  There is also grade deflation at Berkeley. An A from Harvard is a B at Cal. A student can have a higher GPA, get the same job, and get into a top grad school by going to another UC.  In this particular situation, if this young man got into the Berkeley chemistry department, unless he’s been mucking about these last two years and we’re not seeing his true potential, he’s going to struggle at Cal and possibly not be happy. The journey is often more important than the destination.

So… onward and upwards! 🙂