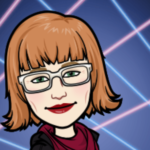 The UC loves its English requirement. It's one of the top non-negotiable requirements and many a student gets tangled in a tsunami of confusion trying to battle its turgid waters.

If you've only gone to a CCC or are taking both courses there it probably won't be too difficult -- just take them in order as they are sequential, and taken out of sequence will lose you course credit.The problem arises when students have one or more English courses from another college --- any college other than a CCC.  What you might think constitutes a composition course is not seen in the same light at the UC and you may not get credit.  I cannot tell you the number of students who think their first is complete, so take the second at a CCC only to find out the first doesn't count.  Or they take two and assume both fulfill composition when they don't. Even the Berkeley site that lists English courses from other colleges and its UCB equivalent is confusing. After scouring that page, many students think they have fulfilled the English for transfers when in reality what the are looking at is the freshman equivalent (not the junior level requirement).

If you have English courses from a college other than a CCC you need to double and triple check. And I hate to say this but some advisors give wrong advice.

Lesson: About two years ago a student reached out to me about an appeal to Berkeley. She had a strong GPA but what came to light that last term was that her first English taken elsewhere did not fulfill the first English course (even though she had been advised by her CCC counselor that it did). She had already taken the second based on the advisor's recommendation and now had to scramble to get the first completed (and out of sequence). The next doozy was her CCC refused to certify Full IGETC as the English courses were out of sequence. Her destination -- the College of Letters and Science at Berkeley requires full certification if that path is chosen. I worked with her and after a lot of back and forth she got in.  But it's a glaring example of one problem that can go wrong with the English.

I just wanted to update you on my Berkeley appeal and also thank you for all your help! I was offered admission to Berkeley for Spring 2022! Thank you so much for all the help in writing my appeal and navigating the appeal process. Once again, thank you and feel free to use my story as an example for future applicants. Thank you again.

Page 1 of 18:
«
‹
1
2
3
›
»
©2015, Lindy King. Unauthorized use or duplication of this material without express written permission is prohibited. I have no affiliation with, or connection to, the University of California. All information herein is based on my research, specifically as it pertains to CA CC students and the Master Plan for Higher Education.
Back To Top