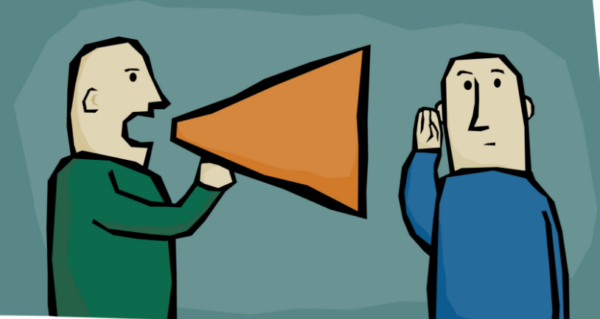 It ain’t over till it’s over. Someone famous said that.

Below are four Berkeley appeals I worked on with students, along with four superior results.

As an extra bonus I have a fifth example of one of the worst (and uncorrectable) fails of all time.

This student did not come to me directly.  I reached out to him on my own after my daughter’s friend told her the story. He had been accepted to Berkeley (I forget the major) but was rescinded because he got a D in a course taken during his final term. Everyone told this kid, no point in appealing, but from what I gleaned secondhand, it seemed redeemable.

These were the facts:  He had a high GPA and the course in question was only a Berkeley course match if it was taken in tandem with another course. He knew this when he enrolled and had no plans to take the second course. He just wanted to expand his knowledge. As the term continued he had time constraints and soon passed the deadline for withdrawing. He wasn’t concerned, though, as credit was only awarded with the completion of both courses. He was wrong on that count.

Unfortunately, he got rescinded.

I convinced him he had a strong case, so together we drafted an appeal letter focusing on the fact that what he did proved he was the perfect Cal student: He was on a quest to learn and wanted to prepare himself as best he could and hit the ground running when he started in the fall. He knew the course would not match the Cal course as it was missing the tandem class, but he wanted to expand his knowledge. He erroneously believed the course to be non-transferable as it was unclear on assist (noting it needed to be with another course to obtain credit). In reality, it was transferable as units, it just didn’t match the required course. The appeal was accepted and he was admitted.

This student approached me because he had been rejected at Berkeley and couldn’t understand why. He had a 3.9 and claimed that he had completed all the major requirements. Speaking with him on the phone he had no explanation and was adamant everything was correct and that he had around 64 units.  What entered my head right off was that possibly a course conflicted with another course. In other words, credit limitations had been placed on something and he wasn’t getting credit for a course he though he was getting credit for. He sent me his De Anza transcript and sure enough, there it was:  Three pre-calc courses.  Each had a different focus (functions, trig, advanced topics) but they were all pre-calc.  I checked the unit limitations and only one pre-calc could be counted. That meant there were 6-8 units he wasn’t getting. (I forget the actual unit number for each course.)  So, here he was trying to be the best he could be and expanding his knowledge and he was getting penalized. In addition, not only had no advisor alerted him to this at his CCC, but I did some checking and these limitations were not noted in the course descriptions or in the course catalog. The only notation was in an obscure place on assist.org.

We drafted an appeal, noting these issues (with great verve, I might add) and Berkeley accepted the appeal and let him in with 57 – 58 units.

I may have written about this one before. It was at the start of my consulting business. A student had applied to the UCs in November and was already into the final spring term at her CCC. She had transferred from a CSU where she had completed the first English course and had taken the second English the previous fall. At some point, possibly mid-January, she got word from the UC that the CSU English did not, in fact, full the first English. This created two problems:  (1) She was missing an English course with a full spring course load and too late to add, and (2) even if if she did manage to squeeze it in, it was now out of sequence and her CCC would not certify Full IGETC. To qualify the courses must be taken in sequence.

She had checked off Full IGETC in the application and Berkeley’s Letters and Science requires Full IGETC if that path is chosen. Needless to say, she flipped out and it was too late to sign up for the second English. I managed to help find her an online English with a late start date and she alerted Berkeley as to the change. Regarding how they would handle the out of sequence/Full IGETC situation, they were characteristically vague. They couldn’t tell her until she got her admission notification. In the end, she was not accepted to Berkeley, despite a high GPA.

We appealed. The primary reason noted was that it was the responsibility of the CCC advisors to guide her correctly. The fact that they signed off on the first English and directed her to the second English should not be the burden of the student.  The student was also actively trying to remedy this unanticipated nightmarish situation by finding and enrolling in the first English course. Berkeley admissions reversed the rejection and she was admitted.

A student was referred to me who not been accepted to the Berkeley Economics major. He hadn’t been told directly what caused the rejection but felt quite confident that the reason was because he had not filled out the required January forms on the Cal portal (at that time Berkeley had three forms). Not filling them out constitutes an immediate rejection according to the website.  He had a pretty good GPA, around 3.7. I say pretty good because Econ is highly selective and a 3.7 is sort of hugging the bottom of the competitive range. He told me his father had taken ill in late December and he simply forgot. We drafted an appeal that explained the turmoil in his life and I suggested he flat-out take responsibility for spacing it, that he learned a valuable lesson and he hoped this one mistake would not ruin everything he had been striving for over the last several years. After he submitted he asked my honest opinion about his chances, and I told him I thought it was 50-50. Sometimes I’m fairly confident a reversal is in the cards, but with this one I just didn’t know. Bottom line, he did miss filing the required forms and his GPA, while strong, wasn’t in the top range.

This was one of my big happy dances (I always have a happy dance), but this one was a bit bigger because I just wasn’t sure. End of the day, his rejection was reversed and he was admitted. A delicious outcome.

The above are four examples of successful appeals. But it isn’t always sunshine and roses. Next week’s post:

One preventable error that cost a student a shot at Berkeley.